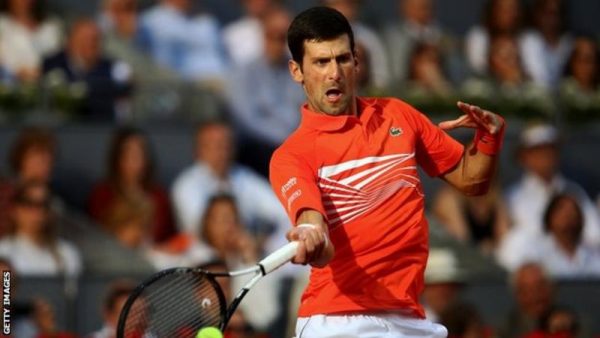 Novak Djokovic was detained by Australian border authorities on Saturday morning, as per a court-ordered arrangement decided Friday.

Djokovic, the world’s top-ranked men’s tennis player, has had his visa revoked twice by immigration officials because he is not vaccinated against Covid-19.

The tennis star was interviewed by the Australian Border Force at 8 a.m. Saturday local time. It was agreed between both parties in the case that the location would remain “undisclosed” to the public in order to keep the tennis star safe and avoid a “media circus.”

Djokovic is expected to spend Saturday night in pre-immigration detention as his case is debated in Australia’s Federal Court.

At the initial hearing on Saturday, Justice David O’Callaghan, who is presiding over the case, said that the court will hear detailed oral arguments on Sunday.

If Djokovic’s appeal is successful, that timetable would allow him to compete in the Australian Open draw on Monday.

The tournament, however, has largely been overshadowed by the high-profile saga off the court, pitting one of tennis’s biggest stars against Australia’s government and public health officials.

Djokovic’s visa was revoked for the second time on Friday by Alex Hawke, Australia’s immigration minister, but the government has agreed not to deport Djokovic over the weekend before his case has concluded.

Wood told the court that the immigration minister had used his personal power to cancel the 34-year-old’s visa based on grounds he would “excite anti-vax sentiment” should he remain in Australia, describing it as a “radically different approach” in the government’s argument.

“The underlying new rationale is not a direct risk to others, it’s that Mr Djokovic being in Australia, in Melbourne in particular, by being here will excite anti-vax sentiment. That’s the point. A radically different approach,” Wood said.

Under current Australian laws, all international arrivals are required to be vaccinated against Covid-19 – which Djokovic is not – unless they have a medical exemption.

Djokovic said he was under the impression he could enter because two independent panels associated with Tennis Australia and the Victorian state government had granted him an exemption on the grounds that he had been infected with Covid-19 in December. The federal government argued that, under its rules, previous infection with Covid-19 is not a valid reason for an exemption.

Djokovic’s legal team challenged the Friday ruling, and the case was transferred up the chain to Australia’s Federal Court.

After an emergency hearing Friday, Judge Kelly ruled that Djokovic would have to submit to an interview with the Australian Border Force at an undisclosed location.

Kelly ordered authorities to then place Djokovic in detention and escort him to his lawyer’s office while his case appears before the Federal Court.

Djokovic’s visa was first revoked shortly after his arrival on January 5, but Kelly ruled earlier this week that border officers had been “unreasonable” when they canceled his initial visa to enter Australia. The judge then ordered Djokovic to be freed from immigration detention.