Book on The Guardian, making of Nigeria’s journalism flagship, to be unveiled
Advertisement

A book on how The Guardian was founded and eventually became the “Flagship of Nigerian journalism and media enterprise in the 1980s, is due for public presentation in Lagos on April 7, 2021.

At the event, founding Publisher and Chairman of The Guardian Newspapers, late Chief Alex Uruemu Ibru, will also be singularly honoured for his excellent and inspiring proprietorship by his former employees, almost four decades after his successful creation of an iconic media business.

In writing the book, the duo brought together more than 300 of Nigeria’s best and brightest journalists over the last four decades, and particularly those who worked at The Guardian between 1983 and 1993, with a view to comprehensively tell the story of the newspaper and details of its founding.

The book, copiously documents the unique five years of planning and arrangements which led to the birthing of The Guardian newspaper, on February 27, 1983, as a weekly newspaper and five months later, in July 1983, as a Daily. The book revisits and reports on the newspaper’s stresses, strides, and achievements in its first 10 years. It also substantially honours and celebrates the memory and labours of some of Nigeria’s media stars of yore, some of whom are still beacons of today’s media. 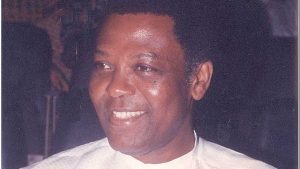 Alex Ibru, Founder of The Guardian

The Guardian emerged from a media and business collaboration between a then 38-year-old Alex Ibru and an already notable journalist then Mr. Segun Osoba. The quiet, powerful, and well-connected duo brought in a radical media tag-team of Dr. Patrick Dele-Cole and Dr. Stanley Macebuh. The team was stringed together with Mr. Lade Bonuola, who was already then, a nationally-celebrated newspaper columnist and media production guru.

The all-powerful mix of men and resources, teamed up with a coterie of outstanding Nigerian academics who came straight from the very best of Nigeria’s ivory towers then, to deliver arguably till date, the most globally revered Nigerian national newspaper of all time. The newspaper was as bold as it was incisive and trail-blazing.

More than 100 former staff of The Guardian, including reporters, advert and marketing executives, administration and production personnel, as well as correspondents, editors, editorial board members, and directors of the newspaper company, contributed to the richness and depth of the book.

Chief Segun Osoba, the former Ogun State governor who was also Managing Director at Sketch newspaper and later Daily Times, and whose restless youthfulness may have triggered the birthing The Guardian in the first place, wrote the foreword for the book.

The book contains reflections and recollections of almost 40 former staff who in the first-person pronoun narrated their remarkable days at The Guardian. Ordinarily, their contributions are like bringing together almost 40 personal biographies to create a single concise, telling, and moving story.

Octogenarian Prof Onwuchekwa Jemie, pioneer editorial page editor, of the newspaper and celebrated author and renowned teacher of Communication and Contemporary literature who read through the book, described it as “fantastic” documentation of “hair-raising adventures” and a “Great read for the Nigerian readership, old and young…”

The Vice President of the Federal Republic of Nigeria, Prof Yemi Osinbajo, is expected to be the special guest of honour at the public presentation which will also be graced by several Ministers and a host of Nigerian governors led by Gov. Babajide SanwoOlu.

Scores of senators and members of the House of Representatives and many leading politicians, serving and retired top brass of the Nigerian military, and barons of business and industry, are expected to join the topmost of the hierarchy of the Nigerian media, to grace the occasion that promises to be the biggest and most memorable celebration of one nostalgic era in Nigerian history