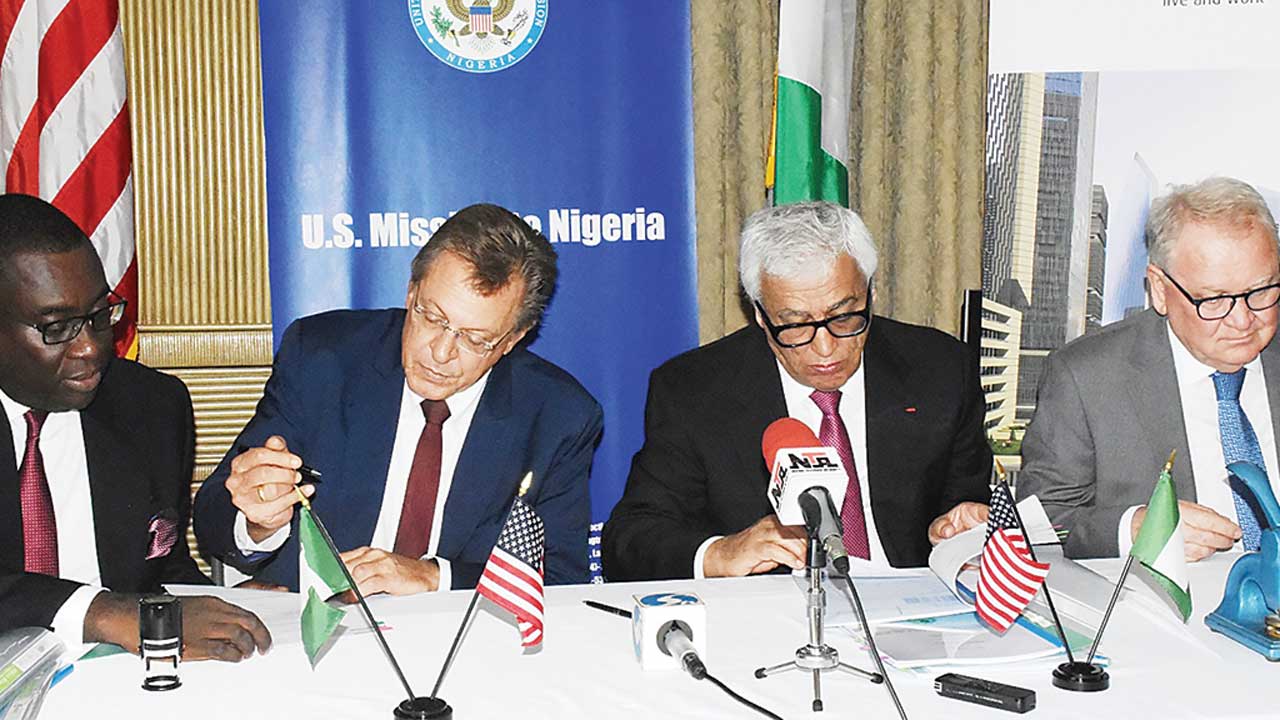 . Expert says it’s a vote of confidence in Nigeria

The Embassy of the United States in Nigeria has signed an agreement with promoters of the Eko Atlantic City, Lagos, South Energyx Nigeria Limited, to build a new American Consulate office complex.

This follows suspension of the drop box service and interview waiver programme, effective May 14, 2019, by the embassy for Nigerians planning to renew their visas.

The agreement signed yesterday at the U.S. Consul General’s Residence in Ikoyi, Lagos, will see the US acquiring a massive 75 plots of land (50,000 square metres) for the development of the new Consulate inside Eko Atlantic City, Nigeria’s biggest real estate project.

The US Consul General, John Bray, described the agreement signing as remarkable. He and an official of Overseas Building Operations (OBO), U.S. Department of State, Faisal Madi, signed the agreement on behalf of the American government.

Speaking, Bray disclosed that the embassy would soon invite architects to study their operations and design a befitting office complex, adding that construction is expected to last for five years.

He explained that discussions for the acquisition of the site had been on between Lagos State Government, the embassy and officials of South Energyx Nigeria Limited.

“Eko Atlantic was selected for its world-class infrastructure.  Purchase of land for a new Consulate General will ensure we can continue to work with Nigerians to provide opportunities for economic growth and development in Lagos.

“The United States is proud to be participating in Eko Atlantic’s growth as part of our commitment to further enhance and strengthen the cooperation between the United States of America and Nigeria,” he said.

Responding, Chagoury said the coming of the Consulate to Eko Atlantic is a major milestone to the developers and shows the confidence of Americans on the project, adding that reclamation work at the city has reached 70 per cent.

Meanwhile, a real estate surveyor and valuer and a capital creation expert, Mr. Emeka Okoronkwo, has applauded the United States government on the new Consulate project.

Okoronkwo, CEO of King’s Court Realtors, Lagos, said the size of the new embassy is a reflection of the increasing ambition of the US government to continue to engage with Nigeria. According to him, the project will further deepen our mutual relationship.

“They obviously know our relevance and role in Africa and the benefits our both economies can enjoy with shared market size and population, given the friction with China and her lack of liberal democratic values.

“It is in line with the sizes of their embassies in the western world and almost all leading economies of the world.

“Their choice of Eko Atlantic is a huge endorsement on our ability to develop a new city with modern facilities. It’s a vote of confidence and we can replicate similar projects in other parts of our country as we have abundant capabilities for that,” Okoronkwo said.