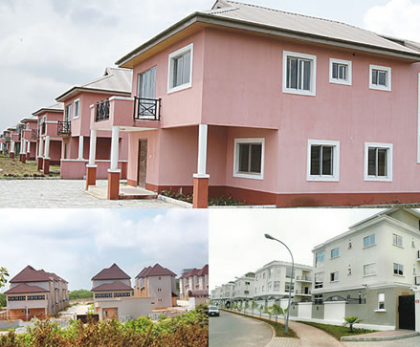 UN Special Rapporteur on the Rights to Adequate Housing, Ms Leilana Fartha, has urged the Federal Government to impose vacant home tax with a view to addressing housing challenges in the country.

According to her, the informal settlements house about 69 per cent of the urban population.

She said: “Most residents in Nigeria’s ballooning informal settlements live without access to even the most basic services, like running water.

“And they lack any security of tenure, forcing them to live in constant fear of being evicted.

“My 10 days fact findings visit to Nigeria has presented an economic inequality in the country, which has reached extreme level and is playing itself out clearly in the housing sector.

“There is an estimated housing shortage of 22 million units.

“At the same time, newly built luxury dwellings are springing up throughout cities and made possible often through the forced eviction of poor communities.

“These units do not fulfil any housing need, with many remaining vacant as vehicles for money laundering or investment,’’ she said.

While urging the Federal Government to take urgent measures to address homelessness and poverty, Fartha advocated for a declaration of a nation-wide moratorium on forced evictions.

“Government must address the grossly inadequate housing conditions with the urgency and rigour befitting a human rights crisis of this scale.

“Apart from establishing a national commission to investigate gross human rights violations in the context of forced evictions, government should provide basic services to all informal settlements.

“And must increase the number of shelters for persons in situations of vulnerability,’’ Fartha said.

She further expressed worry that the Bill for an Act to provide rent control failed in the National Assembly.

According to her, when the bill for rent control first hit the National Assembly, it wasn’t ripe

“It is unfortunate that the bill died in NASS.

“The idea of controlling rent caps is hotly debated in many countries.

“New York just tried to have rent control laws passed; Barcelona is close to getting rent free as rent is actually frozen for some period of five to seven years.

“So, in many jurisdictions, they have started to impose vacant home tax.

“I support that kind of move from human rights point of view only where that money from the tax is directly put into the creation of affordable housing.

News Agency of Nigeria (NAN) reports that Fartha will present a comprehensive report of her visit to the UN Human Rights Council in March 2020. (NAN)