Djokovic flies out of Australia after losing court appeal
Advertisement

We’re legends... These guys are so special – Guardiola on Man City EPL victory 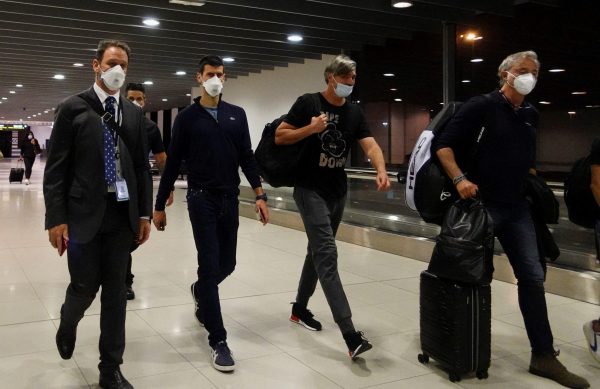 Tennis superstar Novak Djokovic flew out of Australia on Sunday after a court upheld the government’s decision to cancel his visa, capping days of drama over the country’s COVID-19 entry rules and his unvaccinated status.

Djokovic said after the ruling he was extremely disappointed as it meant he could not take part in the tournament.

“I respect the Court’s ruling and I will cooperate with the relevant authorities in relation to my departure from the country,” he said in a statement, wishing the tournament well.

The unanimous ruling by a three-judge Federal Court bench dealt a final blow to Djokovic’s hopes of chasing a record 21st Grand Slam win at the Australian Open that starts on Monday, dismaying his family and supporters.

The Serbian player went to the airport in Melbourne just hours later. Federal agents escorted him and his team from the business lounge to the gate, where he boarded an Emirates flight bound for Dubai. The flight took off shortly before 11 p.m., Australian time.