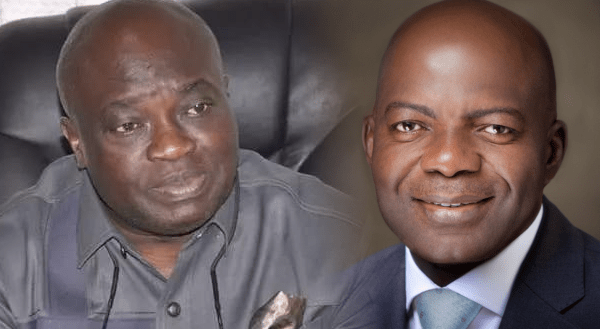 A chieftain of the All Progressives Congress (APC) in Abia State, Dr Alex Otti, says residents of Abia State have the right to demand good governance from the government in the management of their resources.

Otti spoke in an open letter to the Abia State governor, Okezie Ikpeazu, who lambasted a citizen for daring to ask him during a recent radio interview when his government was going to complete a flyover project at Osisioma, on the Umuahia-Aba-Port Harcourt highway, which has been ongoing for about seven years.

Ikpeazu had blurted out: “Does the Flyover concern you? Were you the one that asked me to build the Flyover? Some of you people asking me about the Flyover don’t even have cars. Are you going to climb the Flyover on foot? What concerns you with Flyover?”

Otti, a former gubernatorial candidate in Abia State, described Ikpeazu’s tirade as “thoughtless, disrespectful and very demeaning” of citizens of Abia, adding that the governor gave the impression that Abia was his personal estate.

“Dear Governor Ikpeazu, I watched with rude shock and unbelievable disappointment your responses to some of the questions posed to you during a radio interview program, concerning some lingering projects in Abia, and felt I should lend my voice as a way of helping to extricate you from your self-inflicted leadership blunders which obviously gave room for such embarrassing public spectacle that has added to your numerous miscalculated media gaffes that are making Abia the most hilarious comedy skit on social media.

“Permit me to react on two subject matters; Faulks Road and Osisioma Flyover.

READ: Ohanaeze enjoins Otti not to relent in quest to rescue Abia

“During your interview, you admitted releasing extra N2.5 billion to the contractors handling Faulks Road. If this sum is added to the N6.8 billion which your government previously claimed was spent on the construction of the road, we would be talking of N9.3 billion spent on the construction of a road of less than 6 kilometres. Whichever way you look at it, the Faulks Road project has not only become an embarrassment to your government, but has obviously gulped very questionable amount of resources, while still remaining a nightmare to road users.

“You and some of your appointees have now been left with the difficult task of continuously explaining why the road collapsed. Tile sellers, truck drivers, hot water, and indeed all Abians have been blamed for the collapse of the road. You may not be embarrassed, but Abia people are.

“What happened at Faulks Road would have been avoided if Sincerity, Transparency and Competence were taken into consideration in the award of the road contract as I have always advised, bearing in mind its strategic importance. Your government has also refused to come clean on who the contractor is and what the contract says about failure of the road before its commissioning. We must get our money back from whoever this contractor is, if not now, then later.

“Responding to a question on why the Osisioma Flyover Project which has become a subject of national comedy has remained uncompleted, seven years into your administration, you retorted:

Does the Flyover concern you people? Were you people the ones that asked me to build the Flyover? Was I not the one that took the decision to build it? It has now moved from Center Table to Flyover. I was the one that woke up, designed my thing, brought White people and asked them to build the Flyover for me, and I have been paying them according to my income and they have been doing it. You can see that it’s stretching, and it’s at stone base level, and you people keep asking me about Flyover. Some of the people that are asking me about the Flyover don’t even have cars. Are they going to climb the Flyover on foot? What concerns them with Flyover?

“Haba! Mr. Governor. Your tirade was poor, uncouth, rude, thoughtless, disrespectful and very demeaning. You displayed a stone age mien of an autocratic emperor. You gave the impression that Abia is your personal estate that can be administered as it pleases you, without any objection from any corner.

“You forgot that the resources being used to execute the Flyover project belong to Abians, hence their right to ask questions and demand answers.

“You gave the impression that the outrageously costly Flyover project which has been going at a snail speed for over six years is your personal project being constructed by your personal resources which no one should question. But we know that is not the case.

“Above all Mr. Governor, you demeaned Abians who do not have cars, and concluded that lack of ownership of cars should take away their democratic rights to demand for the completion of the Flyover project which has hindered movements and other activities on that part of the expressway.

“Mr. Governor, the simple truth is that if you had confronted governance with the desired developmental mind-set, seriousness and sincerity of purpose, and taken the decision to assign critical projects to people and institutions with the capacity and track record, you wouldn’t be getting yourself engaged in needless interviews aimed at verbal marketing and offering of explanations for the failings of your government.

“Kindly permit me to advise that you stop these media interviews which have been most embarrassing in the recent times and concentrate on the job which has not been receiving serious attention.

“Finally, as your administration begins to wind down, do ensure that every project you are executing is of the highest quality so that your successor wouldn’t have to redo jobs that had been paid for as you are presently doing, especially when you are obviously going to leave humongous debt profile behind, courtesy of loans which their utilisation remains questionable.

“Thank you and Happy New Year.”