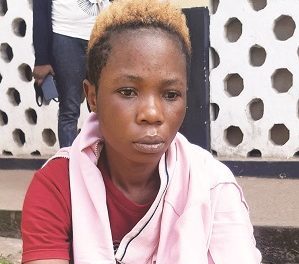 The convict, Dominion, was at the time of the offence working as a maid to Madam Oredola, at her house on Adolor Street, off Water Resources in Ugbor, Government Residential Area of Benin, the state capital.

Justice Efe Ikponmwoba who delivered the judgment convicted Dominion on a three-count charge of murder, administering sedatives and robbery with violence, filed against her.

The convict had confessed to drugging Madam Oredola and killing her with a stool on or about December 2, 2021.

She also robbed the victim of N100,000 and made away with her two wrist watches and jewellery.

Dominion had subsequently escaped from the house and called her sister – Patience Okoro – who was later charged as the second defendant on a count of accessory after the fact to murder.