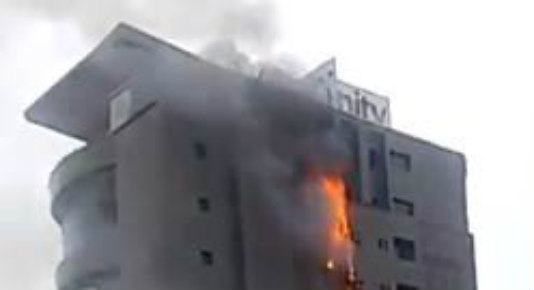 Unity Bank has said a fire incident occurred at its head office in Lagos on Monday morning.

The bank said only a floor at the head office was affected by the incident.

“We regret to inform the public that there was a fire incident on one of the floors of our Head Office building early this morning,” the bank said in a tweet.

While the cause of the incident was yet to be identified, the bank said the fire service intervened and brought the situation under control.

The bank, however, said there was no life lost or casualty in the incident. It is also yet to ascertain the extent of damage caused by the fire.

It disclosed that the banking hall and other strategic business areas were not affected.