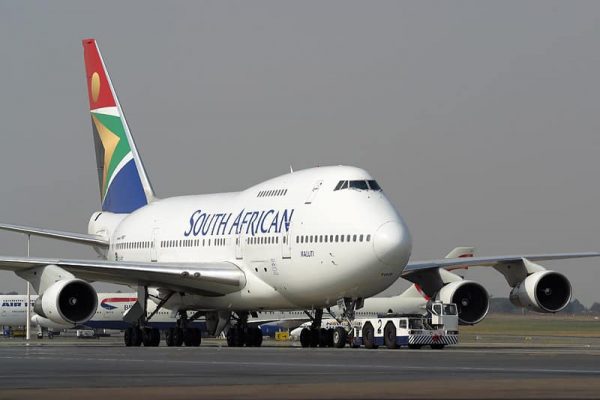 South African Airways (SAA) is offering severance packages to its entire workforce of around 5,000 workers, a proposal by the airline’s administrators showed, after the government said it wouldn’t provide more funds for rescue efforts.

The proposal, which was put to trade unions this week and hasn’t been agreed with them, is the latest sign that state-owned SAA is on the brink of collapse. Talks with unions will resume on Monday.

SAA entered a form of bankruptcy protection in December, since when it has had to suspend all commercial passenger flights due to the global coronavirus pandemic.

This week the government told administrators that it would not provide more funds, lending guarantees or allow foreign financing of a business rescue plan.

According to the proposal, seen by Reuters, employees would see their employment terminated by mutual agreement on April 30. They would be entitled to one week’s pay for every year of service, one month’s pay in lieu of notice pay and pay for outstanding annual leave.

The proposal said it seemed “unlikely that the company will be successfully rescued as a result of the business rescue process”.

“In order to make payment of the severance packages … the company is required to sell and dispose of its assets,” it added.

An SAA spokesman declined to comment. Two unions confirmed the proposal had been made and said they would discuss it with their members.

The Department of Public Enterprises, which oversees the airline, said no agreements have been concluded about potential mass retrenchments as talks with creditors and unions continue.

“There are discussion with the unions on alternatives to the current SAA business model, the success of the business rescue process and the best possible outcome for the airline’s employees,” the department said in a statement.

SAA has not been profitable since 2011 and has received more than 20 billion rand ($1.1 billion) in bailouts in the past three years, providing a drain on public resources at a time of weak economic growth.

The talks with unions were originally about job cuts, but one union involved said they had developed into a discussion about winding down the airline.