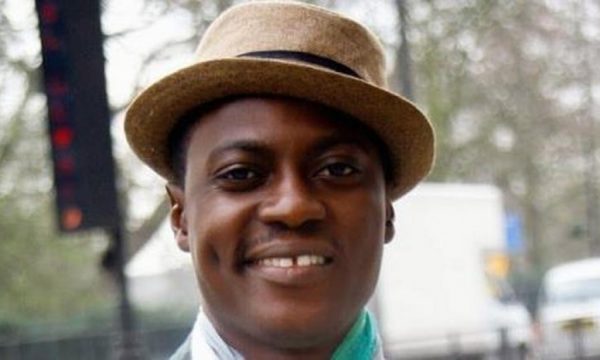 Popular Nigerian singer, Lanre Fasasi aka Sound Sultan, died Sunday of Angioimmunoblastic T-Cell Lymphoma. He was aged 44. Below, we reproduce in part a report by Barbara Pro, MD, Professor of Medicine, Hematology Oncology Division, Feinberg School of Medicine, that throws light on AITL.

Angioimmunoblastic T-cell lymphoma (AITL) is a rare form of non-Hodgkin lymphoma, which is a group of related malignancies (cancers) that affect the lymphatic system (lymphomas). Lymphomas are cancer of white blood cells (lymphocytes) and can be divided depending on the type of cells, B-lymphocytes (B-cells) or T-lymphocytes (T-cells), AITL is a T-cell lymphoma. The lymphatic system functions as part of the immune system and helps to protect the body against infection and disease. It consists of a network of tubular channels (lymph vessels) that drain a thin watery fluid known as lymph from different areas of the body into the bloodstream.

Lymph accumulates in the tiny spaces between tissue cells and contains proteins, fats, and certain white blood cells known as lymphocytes. As lymph moves through the lymphatic system, it is filtered by a network of small structures known as lymph nodes that help to remove microorganisms (e.g., viruses, bacteria, etc.) and other foreign bodies. Groups of lymph nodes are located throughout the body, including, but not limited to, the neck, under the arms (axillae), at the elbows, and in the chest, abdomen, and groin. Lymphocytes are stored within lymph nodes and may also be found in other lymphatic tissues. In addition to the lymph nodes, the lymphatic system includes the spleen, which filters worn-out red blood cells and produces lymphocytes, and bone marrow, which is the spongy tissue inside the cavities of bones that manufactures blood cells. Lymphatic tissue or circulating lymphocytes may also be located in other regions of the body. There are two main types of lymphocytes: B-lymphocytes (B-cells), which may produce specific antibodies to “neutralize” certain invading microorganisms, and T-lymphocytes (T-cells), which may directly destroy microorganisms or assist in the activities of other lymphocytes.

AITL is characterized by the transformation of a T-cell into a malignant cell. Abnormal, uncontrolled growth and multiplication (proliferation) of malignant T-cells may lead to enlargement of a specific lymph node region or regions; involvement of other lymphatic tissues, such as the spleen and bone marrow; and spread to other bodily tissues and organs. A key and differentiating aspect of AITL is dysfunction of the immune system, which can lead to a variety of symptoms. Affected individuals may develop a rash, persistent fever, unintended weight loss, tissue swelling due to the accumulation of fluid (edema) and additional symptoms. The exact, underlying cause of AITL is not fully understood.

The specific symptoms and physical findings may vary from one person to another, depending upon the extent and region(s) of involvement and other factors. The progression is often aggressive, but spontaneous remission has occurred in some people. All organ systems can potentially be affected. Researchers believe that many of the symptoms associated with AITL result from dysfunction of the immune system rather than from complications relating to tumor growth or spread.

The initial symptoms are often vague and tend to come and go. Some affected individuals develop certain generalized (systemic) symptoms known as “B symptoms”. These symptoms are common in many different types of disorders. Such symptoms include persistent or repeated fever, unexplained weight loss (i.e., loss of at least 10 percent of normal body weight), and/or sweating, particularly at night (known as “night sweats”). Another common finding associated with AITL is the mild-to-moderate enlargement of various lymph nodes in the body (generalized lymphadenopathy). Lymph nodes in the neck, armpit and groin are most often affected.

Another symptom sometimes associated with AITL is the development of a distinctive skin rash that may or may not be itchy (pruritic). Itchiness can be a significant problem in some people. Affected individuals may have a history of chronic skin rashes. Generally, the skin rash resembles the rash associated with measles (morbilliform) and may be reddened (erythematous) with small spots or bumps (maculopapular).

Individuals may also experience fatigue, a general feeling of poor health (malaise), fluid accumulation around the lungs (pleural effusion) and ascites, which is the excess fluid accumulation between the space lining the abdomen and the abdominal organs (peritoneal cavity). Abnormal enlargement of the liver (hepatomegaly) and/or the spleen (splenomegaly) may also occur.

Individuals with AITL may also develop symptoms directly associated with immune dysfunction including autoimmune hemolytic anemia, low levels of specialized red blood cells called platelets that assist in clotting (thrombocytopenia), inflammation of multiple joints (polyarthritis), vasculitis and autoimmune thyroid disease. Autoimmune hemolytic anemia is caused by the premature destruction of red blood cells and may result in fatigue, pale skin color, dark urine, shortness of breath and a rapid heartbeat. A common symptom of thrombocytopenia is bleeding into the skin resulting in bruising (purpura), or bleeding from the mucous membrane. Vasculitis is a general term for inflammation of the blood vessels. The symptoms of vasculitis vary based upon the specific blood vessels and organ systems involved. Autoimmune thyroid disease occurs when the immune system attacks and damages the thyroid.

Affected individuals may also be prone to developing certain infections because of disease-related suppression of the immune system. Such infections can potentially cause severe, life-threatening complications.

Less often, individuals with AITL may develop neurological and gastrointestinal abnormalities. Neurological abnormalities may include confusion, a lack of interest in normal activities and social interaction (apathy), ringing in the ears (tinnitus), inflammation of the peripheral nerves (polyneuritis), swelling of the optic disc (papilledema) and hearing or visual impairment. Gastrointestinal abnormalities may include mucosal ulcers, diarrhea, GI bleeding, the development of multiple polyps in the GI tract (lymphomatous polyposis) and inflammation, hardening and destruction of the bile ducts (sclerosing cholangitis).

No specific risk factors have been confirmed to be associated with AITL. Many people have developed the disorder following the administration of certain drugs such as antibiotics, after a viral infection, or after an allergic reaction. Suspected risk factors include several viruses including the Epstein-Barr virus, cytomegalovirus, hepatitis C virus, human herpes viruses 6 and 8, and the human immunodeficiency virus. Certain infectious agents including tuberculosis and Cryptococcus have also been linked to AITL. It is not known what role, if any, that these potential risk factors play in the development of the disorder.

The Epstein-Barr virus, in particular, has been found in more than 90 percent of individuals with AITL. However, the virus is found in B-cells and not the cancerous T-cells. Consequently, some researchers have suggested that the virus most likely does not play a primary role in the development of the disorder. However, EBV positive B cells are found very early in the disease process and other researchers suggest that the virus may play a more significant role in the development of AITL than previously thought.

Researchers have also discovered that some people may have a genetic predisposition to developing AITL. A person who is genetically predisposed to a disorder carries a gene (or genes) for the disease, but it may not be expressed unless it is triggered or “activated” under certain circumstances, such as due to particular environmental factors. Researchers have shown that many people have specific altered genes including the DNMT3A, TET2, IDH2, and RhoA genes. The exact role these gene changes play in the development of AITL is not fully understood.

Another substance that may play a role in the development of AITL is vascular endothelial growth factor A (VEGF-A). This substance is critical in tumor angiogenesis, which is the process by which tumors create a network of blood vessels in order to receive nutrients and oxygen and remove waste. Researchers believe that therapies targeted at VEGF-A can disrupt tumor angiogenesis and prevent tumors from growing.

More research is necessary to determine the exact underlying mechanisms that ultimately cause AITL.