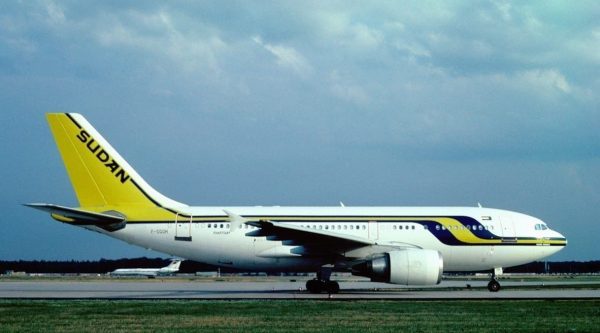 Nigerian government’s designation of two Sudanese airlines to operate into the Aminu Kano International Airport, Kano, is raising concern among some aviation experts.

Sudan was officially removed from the American State Sponsor of Terrorism list, after 27 years, in 2020, in the twilight of the Donald Trump administration.

Thisday reports that the Federal Government through the Nigerian Civil Aviation Authority (NCAA) has designated Sudan Airways and Sun Air Aviation (both Sudanese) and two Nigerian carriers, Kabo Air and Skypower Express, to operate between the Sudanese city of Umm Badr and Kano, Nigeria.

The decision, according to the report, is hinged on the long-term Bilateral Air Service Agreement (BASA), between the two countries.

Reacting to the decision of the Federal Government, former Chief Security Officer of the Murtala Muhammed International Airport (MMIA), Festus Adeboye, said the regulatory authority, NCAA, should have considered the security implication of designating two Sudanese airlines to operate to Nigeria.

He said the threat might not be directly on aviation but on the country because currently, Nigeria is going through security crises that could be exacerbated by further influx of arms from Sudan.

According to him, “Our regulatory body ought to have considered the security implication of that decision. They should know the security undertone of designating two Sudanese airlines to Nigeria, but maybe NCAA may have made recommendations against it, but the federal government decided to suppress it.

READ: INSECURITY: Buhari begs US for support in meeting with Blinken

“They can bring arms to the country through porous security system. Why are the airlines not coming to Lagos, which has all the security apparatus? United Nations airport security personnel and the US Transport Security Administration (TSA) visit and inspect Lagos airport regularly. But a lot of things can be hidden at the Kano airport.

“Maybe this is to help those from Northern Nigeria who sneak out of the country for medical services through Arab countries to Germany to avoid publicity. They don’t want the people to know their health status. With Sudanese airlines, it will be very easy to do that.”

However, the Chief Executive Officer of Centurion Securities Limited and the Secretary-General of Aviation Round Table (ART), Group Captain John Ojikutu (rtd), said Sudan and Nigeria have had a long BASA relationship that resuming air link between the two African countries should be nothing to worry about.

He said: “Sudan has been one of the countries we have in our BASAs, and like the Saudi Air, they have been flying to Kano in the days of Nigeria Airways. They went underground like the Nigeria Airways did; if they have decided to begin operations as we are planning too, it will be wrong for us to stop them if there is no strain in our diplomatic relationship.”

But in his article on 9/11 attacks (September 11, 2001 terrorists attack on New York, United States), Ojikutu pointed out that the possibility of similar attacks in Nigeria is real because there is lack of coordination among security operatives at the airports.

“Although there had been no direct reported attacks of bombing on Nigerian airports, the possibility of such attacks is real if one considers the multilateral layers of security agencies at our airports working independently of one another without coordinated effective authority. The setup of the security system at the Nigerian airports today is a challenge to the national security and are still not different from the set up at the US airports before the 9/11 attack,” he stated.