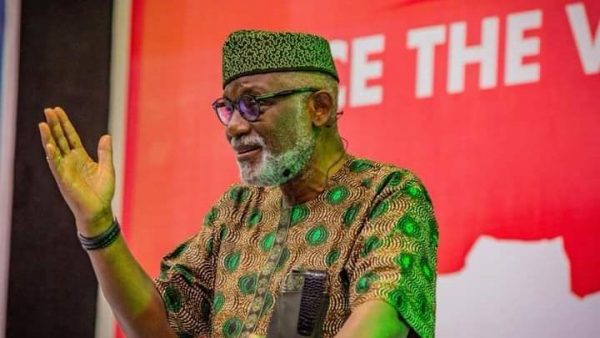 Governors and members of the National Assembly from Nigeria’s South-West geo-political zone met Tuesday over the Petroleum Industry Bill (PIB), and other matters of interest to the region.

The meeting reportedly resolved that both chambers of the National Assembly must approve 5% for funding of the Host Communities Trust Fund in the new PIB.

The National Assembly, last week passed the PIB, after about 13 years. The Senate approved 3% and House of Representatives chose 5% of Operating Expenditure granted to the host communities and 30% provision for the Frontier Exploration Fund.

The original bill brought to the Senate by the Executive was 2.5% for funding of the Host Communities Trust Fund, but the Committee moved it to 5%, while the Senate at the end of the day approved 3%.

The bill was first sent to the National Assembly in 2008 by President Umaru Yar’Adua, now deceased.

The PIB 2020 seeks to introduce far-reaching reforms in the Nigerian oil and gas industry.

Even though the Chairman of the South-West Governors’ Forum, and the Ondo State Governor, Rotimi Akeredolu (SAN), did not mention the issue of PIB while briefing journalists at the end of the meeting, a source privy to the discussions at the meeting, however, told Vanguard that the governors and the lawmakers agreed to throw their weights behind the House of Representatives on 5% for host communities.

Briefing journalists Tuesday night in Abuja after the meeting, Akeredolu who was flanked by governors of Ekiti, Oyo, Lagos, Ogun and Osun, said that the Zone will come up with a common position on the constitution review that is currently being carried out by the National Assembly.

According to him, a committee made up of chairmen of caucuses of both the upper and lower chambers and attorney-generals of the state to harmonise and come up with a position and that will have a serious impact.

Akeredolu said: “South-West governors held a meeting with members of the House of Representatives and Senators from South West.

“At the meeting, we discussed so many areas of interest, but most importantly we deliberated on constitutional amendments and we resolved that we will present a common position as regards to an amendment to the constitution.

“The committee is to harmonise our position so that we can present it, when necessary, before the two the House and at the end of the day have a constitutional amendment that has our serious input.”

The over 13 hours meeting, which took place at Imo Hall, Transcorp Hilton Hotel, Abuja, started at 8.10 am, with Akeredolu presiding.