Nigerians outraged over stoning, burning to death of female student in Sokoto
Advertisement 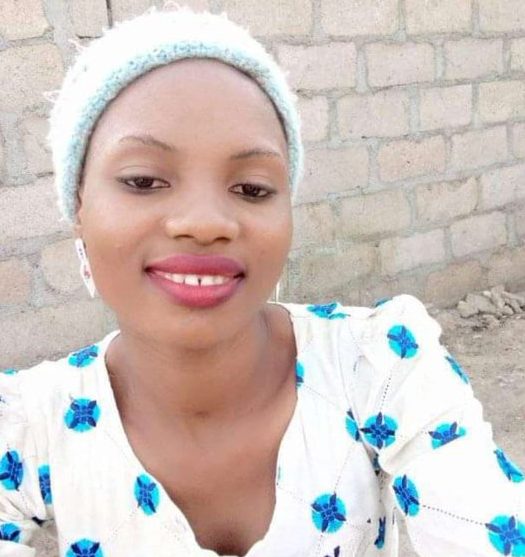 Nigerians across the different religious and tribal divides have condemned in strong terms the gruesome murder of a female student by fellow students on the allegation of blasphemy against Prophet Muhammad.

Ms Deborah Samuel, a student of Shehu Shagari College of Education, Sokoto, was Thursday tragically stoned and beaten to death and her corpse burnt by irate youth, also students of the same institution, who accused her of speaking ill of their prophet.

The barbaric act was caught on video which has already gone viral. The murderers did not hide their identities as some of them gleefully showed their faces and even accepted responsibility for the heinous act. A man was seen boasting in a local language while brandishing a box of match sticks which he said he used to set the victim on fire.

Deborah’s crime was that she criticised the posting of religious messages on WhatsApp group platform, which, according to her, was meant for academic purpose and not for “nonsense”.

Reacting to the mob lynching, the spokesman of the Nigeria Police Force, Olumuyiwa Adejobi, said the killing of Deborah, a 200-level student, was uncalled for.

He said: “The killing of Deborah in Sokoto by some individuals today was uncalled for. The act was barbaric, uncivilised and criminal. The Commissioner of Police, Sokoto State Command has been directed to carry out thorough investigation into the matter, arrest the culprits in connection with the heinous crime and prosecute them accordingly.

“We believe that at this modern day, we should have adopted civilised approaches to address issues of this nature, not gruesome killing of a fellow citizen. We assure the general public that justice will be done.

“May the soul of Deborah rest in peace while we commiserate with her family, friends and colleagues.”

From the symbol of authority of the Muslim faith in Nigeria, also came a condemnation for the murder of the young female student.

In a press release on Thursday, the Sultanate Council said: “The Sultanate Council has learnt with dismay the unfortunate happenings at the Shehu Shagari College of Education (SSCOE) Sokoto, that led to the loss of life of a female student of the institution.

“The Sultanate Council condemned the incident in its totality and has urged the security agencies to bring the perpetrators of this unjustifiable incident to justice.”

Still from Sokoto, the Catholic Bishop of Sokoto Diocese, Most Rev Matthew Hassan Kukah, said the ugly incident had nothing to do with religion, calling for the perpetrators to be punished in accordance with the laws of the land.

In a statement he signed, Kukah said: “We condemn this incident in the strongest terms and call on the authorities to investigate this tragedy and ensure that all the culprits are brought to book.

“The only obligation that is owed her immediate family, her fellow students and the school authorities is the assurance that those who are guilty of this inhuman act, no matter their motivation, are punished according to the extant laws of our land.

“This has nothing to do with religion. Christians have lived peacefully with their Muslim neighbours here in Sokoto over the years. This matter must be treated as a criminal act and the law must take its cause.”

Shehu Sani, former senator representing Kaduna Central, on the platform of APC, also leant his voice, saying, “The murder of Deborah, a student of Shehu Shagari College of Education Sokoto is unconscionable and unreservedly and unambiguously condemned. Allegations against the deceased supposed to be investigated by Sokoto security agencies and follow due process of law.”

The convener of ‘Bring Back Our Girls’ and founder, Fix Politics Nigeria, Dr Obiageli Ezekwesili, took a consolatory approach to her reaction.

She prayed: “May God comfort the family of a young woman who went to be educated and paid with her life just because a bunch of murderers accused her of “religious blasphemy” in a “Democracy” in 2022.

“May God speak the word that can strengthen Deborah’s family in Jesus name!”

Activist and lawyer, Inibehe Effiong, said of the tragic incident: “The gruesome murder of Ms. Deborah Samuel, a student of Shehu Shagari College of Education, Sokoto by a murderous, irate and extremist mob should not go unpunished. This is one crime that assaults the sanity of the Nigerian state.

“It is not acceptable to take the life of a human being over a perceived blasphemy. Those who committed this evil and barbaric crime must be traced, arrested and diligently prosecuted. Human life is sacred.

“The right to life is guaranteed by Section 33 of the Constitution of the Federal Republic of Nigeria, 1999 (as amended). No one should be deprived of his or her life except as prescribed by law, and in line with judicial and due process.

“The government of Sokoto State should ensure that the murderers are punished. Deborah and her family deserve justice.”

Yet another activist, Aisha Yesufu, a veteran of ‘Bring Back Our Girls’ and the persona behind the iconic hijab image that inspired the #EndSARS protest in 2020, reacted in a series of tweets.

“Innalillahi wa inna ilayhi rajiun What manner of barbarism just happened in Sokoto? Who the hell are you to take someone’s life? The Prophet (SAW) went to visit a man that usually insult and pour debris on him when the man was ill. Nigeria keeps producing serial killers! Oghenna!

“Nigeria just breaks you daily. A family just lost a daughter because heinous acts are unpunished and more people continue to practice them.

“They fight for God and leave their fight to God! While they are being killed by their fellow terrorists, their women and men raped, their houses burnt, their parents driven away for their villages and farms they do nothing but pray to God but kill a fellow citizen in cold blood!”

Meanwhile, the police said two persons have been arrested in connection with the murder of Deborah.