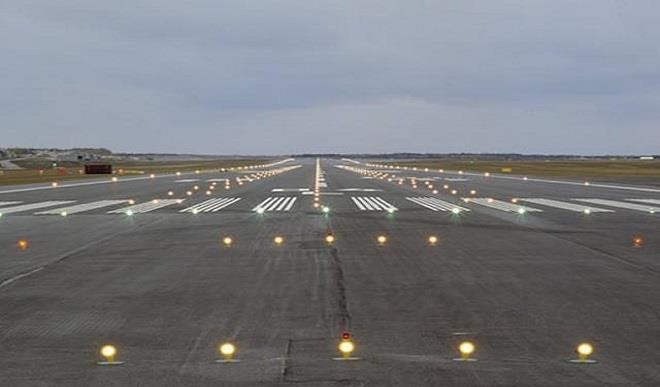 Capt. Fola Akinkuotu, Managing Director of NAMA, in a statement on Sunday in Lagos, said the agency had also commissioned CAT3 ILS at Runway 22, at the Nnamdi Azikiwe International Airport, Abuja.

Akinkuotu said the commissioning of the newly installed DVOR (Doppler Very High Frequency Omni-Directional Radio Range) in Lagos was successfully carried out just as routine flight calibration had also been carried out on Runway 18 Left in Lagos.

Akinkuotu said a Notice to Airmen (NOTAM) to this effect had been disseminated.

A statement by the Director of Public Affairs in the Ministry of Aviation, James Odaudu, February 13 had reported the Aviation Minister, Hadi Sirika, of noting with great concern the experiences of air travellers to and from the Lagos airport, as a result of highly inclement weather conditions.

Sirika had assured that authorities at the airport were in the process of replacing the old Category 2 Instrument Landing Systems with the newly procured Category 3 system that allows for the lowest visibility landing.

He, however, regretted that there was a malfunctioning of certain components, which, coupled with the unforeseen weather conditions, made landing at the Lagos airport difficult.

“The procurement of the Category 3 Instrument landing system is in pursuance of the desire of the Federal Government to ensure the safety of air passengers by ensuring that airplanes can land with almost zero visibility.

“We wish to assure the public and the airlines, that efforts are on to return the system to full working condition and that normalcy of operations will be re-established in due course,” the minister said.

“In spite of initial hitches, it is gratifying to note that Runway 18R in Lagos has been certified for CAT 3 just as Runway 22 in Abuja with the newly acquired calibration aircraft by the aviation ministry.

“Both facilities are now fully operational, while pledging a timely calibration of navigational facilities going forward,’’ he said.

Akinkuotu said that the availability of flight calibration aircraft would ensure that NAMA was able to carry out calibration as and when due.

No plans to pay Bagudu $100m from Abacha loot – Malami