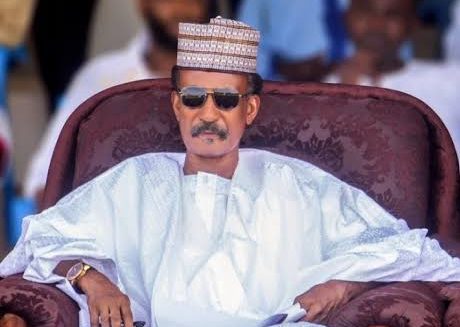 Former military governor of Kaduna State, Colonel Abubakar Dangiwa Umar (rtd), was in his virtuous element Wednesday as he is wont in telling truth to power.

Umar, famed for his bravery in challenging the decision of then military president, Gen Ibrahim Babangida, under whom he served, for nullifying the June 1993 Presidential election won by Chief MKO Abiola, has accused President Muhammadu Buhari of leading Nigeria to disintegration.

He indicted Buhari and his government of exhibiting poor skills in managing the country’s diversity.

In a statement, entitled, “Nigeria: A nation challenged,” Umar said it was quite strange and disturbing that the Federal Government was according undue attention to the threats of separatist movements in contrast to the more daunting ones posed by bandits, kidnappers and insurgents in the Northwest, some parts of North Central and Northeast.

Umar, who is also the leader of Movement for Unity and Progress (MUP), a civil rights group, said the arrest and prosecution of the leader of the Indigenous People of Biafra (IPOB), Nnamdi Kanu, is not Nigeria’s problem, rather “the inability of government to put an end to insurgency, banditry and kidnapping, while injustice, lack of equity and fairness is giving rise to the agitation by separatist groups in the country.”

The former Governor called on President Buhari to exhibit the traits of uniting all the component parts of Nigeria together, instead of dividing the country, and subsequently, leading it to disintegration.

Umar had in an open letter dated May 30, 2020, warned the President that his knack for appointing people from his northern section of the country will ruin Nigeria.

READ: Mr. President, please belong to all of us

In his statement, Umar said: “The recent re-arrest of the IPOB leader, Mazi Nnamdi Kanu, was greeted with a loud sigh of relief and celebration in some sections of the country. It also elicited congratulatory messages to the Federal Government, which appears overwhelmed by the intractable security challenges and in dire need of any redeeming act.

“This is clearly an exaggeration of the security threat Nnamdi Kanu and indeed IPOB pose to our nation’s security and unity.

“It is quite strange and disturbing that the Federal Government is according undue attention to the threats of separatist movements in contrast to the more daunting ones posed by bandits, kidnappers and insurgents in the Northwest, some parts of North Central and Northeast.

“Activities of those criminals have resulted in the evacuation of over 20 per cent of the villages in Northwest and Northeast. Hundreds are being murdered and maimed every week. Many more are kidnapped for ransom. Millions have been rendered internally displaced, facing disease and starvation. Over one thousand schoolchildren were abducted in the past eight months with over 300 still in the hands of the bandits and kidnappers demanding humongous ransom payments. Rape of women and young girls has become a daily occurrence.

“Most economic activities, particularly farming, which is the mainstay of the people in these areas, are now all but impossible. Government’s earlier claim of having technically defeated the Boko Haram insurgency has turned out to be empty propaganda. Contrary to this claim, the enemy has morphed into a more determined and deadly force, threatening to overrun the whole of the NE.

“For the average Northerner living in these zones, who is barely aware of the activities of separatists; banditry, kidnappings and insurgency are of greater threat and concern to him. The arrest of Nnamdi Kanu is of no serious consequence since it does nothing to ameliorate his harsh and brutal condition.

“In recognising or reasserting the right of every citizen or group to express their desire for self-determination, one does not support or condone the use of violence for such purpose. IPOB and its leader may well be responsible for some of the violence, including the murder of security personnel, arson and destruction of public and private properties for which they should be held to account.

“We must, however, be honest enough to identify the cause of the current growing restiveness in the Southeast. By all means, government needs to deploy nonviolent means in addressing the problem. It is self-evident that justice, fairness and equity are the best means of building a united and virile nation, particularly one as diverse and fragile as Nigeria.

“It is my long-held view that this country is more beneficial to all the federating units, if only because it provides a security umbrella to all its units. None of them will fare better in a balkanised Nigeria due to their similar diversities. The recognition of Nigeria as the giant of Africa is not on account of its huge oil wealth but its size, diversity as well as other potentials.

“These notwithstanding, the nation can only remain united and prosperous when all its citizens and the component parts feel a true sense of belonging. Without it, the nation’s unity will be in serious jeopardy similar to what Nigeria is currently experiencing,” he said.

Further admonishing the government, Umar said: “Truth be told, the Buhari administration has so far exhibited poor skills in its management of our diversity. Yet it has the benefit of great examples by past administrations and statesmen, which should guide it.

“After our bitter civil war, July 1967-Jan 1970, the then Head of the Federal Military Government, General Yakubu Gowon, declared a no victor, no vanquished reconciliation and reintegration policy. Its implementation may not have been perfect but it produced a guiding vision, which served as a template for the reintegration of the Nation.

“In 1978, eight years after the civil war, the NPN Presidential candidate, Alhaji Shehu Shagari, a former Commissioner of Finance in the Gowon Government, picked his running mate, Dr Alex Ekweme from the Southeast. They won the 1979 Presidential election and enjoyed an enviable brotherly relationship as President and Vice President.

“They won a second term in 1983. President Shagari’s government pardoned the former Biafra secessionist leader, Chief Odumegwu Ojukwu, which permitted him to return from exile in 1982. He went on to contest a senatorial seat under the NPN. These are in sharp contrast to the declaration of President Buhari after his election in 2015 in which he promised not to treat, on equal terms, those who gave him only five per cent of their votes with those who gave him over 97 per cent of theirs.

“This may account for his government’s refusal to appoint an Ibo as head of any of the security services. A review of this ill-advised policy will go a long way to neutralise the growing influence of IPOB among Ndigbo, both at home and in the diaspora.

“The FGN must go beyond the arrest of Kanu and pay greater attention to the more serious security challenges threatening to cripple the country completely. The apparent failure of our security forces to deal decisively, as the President so often commands them to do, with these security threats is obviously due to the acute shortage of manpower and equipment. These deficiencies have resulted in the thin spread of our forces and a lack of timely rotation in areas of conflict.

“Government must massively increase security manpower and equipment. As we have seen, a mere change of service chiefs would appear far from being the solution.”