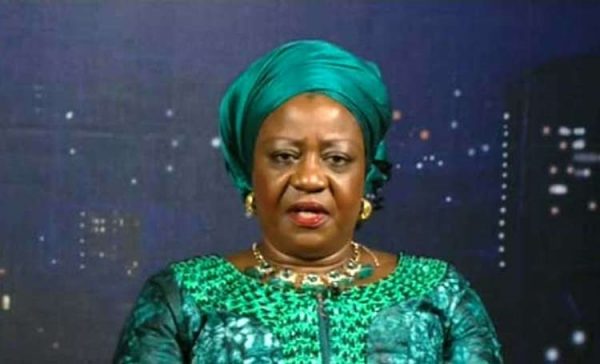 The Senate on Tuesday rejected the nomination of Madam Lauretta Onochie as a National Commissioner of the Independent National Electoral Commission (INEC).

The nomination of Onochie, Special Assistant on New Media to President Muhammadu Buhari, had received a backlash from Nigerians who pointed at her partisanship.

She is believed to be a card-carrying member of the All Progressives Congress (APC), even though she had denied it during her screening. But her denial contradicted the documents submitted to the senate where she swore to an affidavit, citing herself as APC member.

READ: Onochie at INEC is akin to criminal presiding over own case

The Senate also stepped down the nomination of Professor Sani Mohammad Adam (North Central) to allow for further legislative action.

Onochie’s rejection followed the consideration of the report of Senate Committee on INEC, presented by the Chairman of the Committee, Senator Kabiru Gaya.

Gaya said the Committee rejected the nomination of Onochie because there is already a National Commissioner of INEC, Mrs. May Agbamuche, representing Delta State in the Commission.