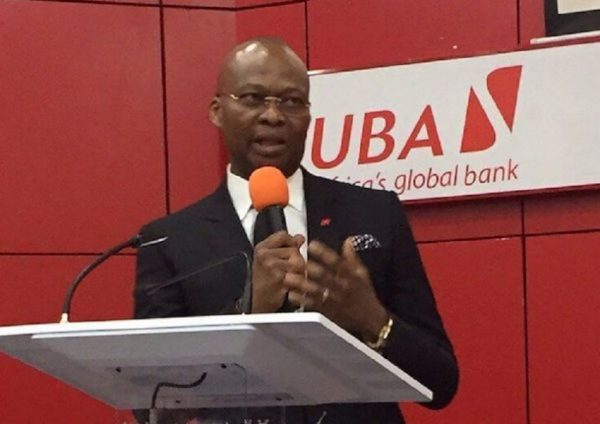 United Bank for Africa Plc, UBA, has been rewarded with double honours, emerging Bank of The Year and its Group Managing Director/Chief Executive Officer, Kennedy Uzoka, CEO of the Year.

The honours were bestowed on the Africa’s global bank at the Business Hallmark newspaper awards 2019, in Lagos, recently.

Uzoka beat other CEOs to the prize owing to his sterling achievement since he assumed the leadership role at the bank three years ago, while UBA was crowned Bank of the Year following its exceptional performance in key financial indicators in 2019.

This is the second time this year that Uzoka has emerged CEO of the Year as he had recently clinched the Business Day Banking Awards.

The recognition and awards have further endorsed his visionary leadership style, which has consistently earned UBA a plethora of laurels.

Receiving the awards on behalf of the bank, Mr. Ayoku Liadi, Executive Director, UBA, who represented the GMD, said: “We are creating superior value for all our customers, because we believe they are key to our everyday operations. This commitment, without doubt has been yielding dividends.