Ikpeazu’s ignorance and wishful analysis of the Coronavirus pandemic
Advertisement

Tinubu’s presidency: Affliction must not rise a second time

Of Glass Houses, Stones and Glasgow 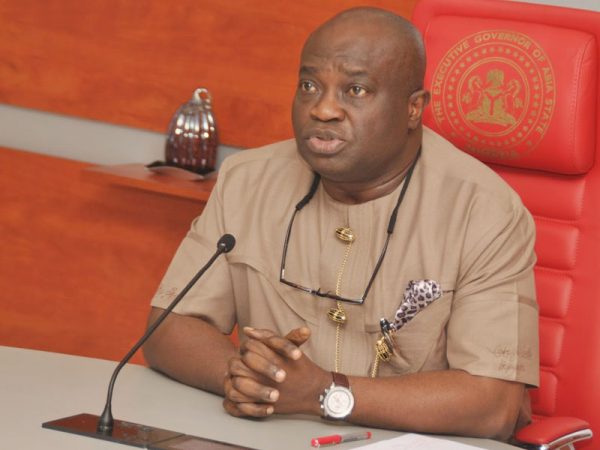 In the face of the Coronavirus worldwide pandemic, the Abia State Governor, Dr Okezie Ikpeazu, after a very long absence, returned unceremoniously to his duty post, from God-knows-where, to display his ignorance, cluelessness, unserious disposition to the affairs of state not to mention a total lack of empathy and a lack of  awareness of the damage he has done to the state and to its people.

Lacking in wisdom and common sense the governor announced that the virus will not come to Abia State simply because the name “Abia” is found in the Bible, thereby making Abia, “God’s own state.” What nonsense? The virus found its way to the Vatican for crying out loud. Not even the state of Israel, supposedly God’s own people, have been spared. As if such cluelessness and hubris was not enough, the governor went further to use state funds to purchase hand sanitisers with his picture displayed on it for public distribution.

Again, you wonder and ask yourself what crime the Abia people committed to deserve such mediocre leadership and governance. As some will remember I spent four years writing, criticising and pleading with the Abia electorate and anyone who will listen to choose wisely during the Governorship elections of 2015 and 2019, all to no avail. At some point I felt like someone whistling in a graveyard where no one could hear me. So I gave up, but it is still hard to sit back and watch such governing incompetence. I take no delight in saying to the Abia people and more directly to some of the Ngwa extraction that, I told you so. The truth is that “the chicken has come home to roost” and we should not be surprise.

In my opinion no state governor in modern Nigerian political history has been quite as disdainful of the truth, as indifferent to facts, untroubled by his poor performance in office and the blighted nature of his state as Governor Ikpeazu.  The virulent combination of ignorance, lack of empathy to suffering state workers and pensioners, incompetence, nepotism and odious corruption is the reason why Abia is in the state of decay that it is today.

Right at this moment a majority of the Abia people are going through what psychologists have come to describe as “Sustained Reactive Depression”, a mood disorder triggered by a series of stressful events. After more than 20 years of PDP misrule and odious choice of governors, the Abia people have lost all hope of moving forward in their lives or see a better future for their children. They now feel a general sense of emptiness to the point where they do not seem to care anymore. To be a citizen of Abia state and to be resident there is like living in darkness and feeling like the sun will never come up again.

The feeling of destitution, resignation and the lack of hope becomes all too familiar. Unfortunately, in the face of reality and awareness of this governor’s disgraceful job performance there are some in Abia state who hate the truth like the devil hates holy water. These people are off the reservation hence you begin to wonder what planet they live or came from. I honestly feel for whoever will get the job as governor of Abia after this man leaves office. His or hers will be a very herculean and daunting task.

My plea to the Abia people is not to wait for this governor or even the Federal Government to take any pre-emptive steps to forestall the spread of this virus. Take your own personal precautions for your safety and that of your loved ones. Here, in New York State, they already have over 20,000 cases of people who have contracted the virus let alone the entire United States, despite all of its medical advances. Just ask yourself what will it be like in Nigeria if they have a similar experience? The truth is that what we have in Nigeria are not leaders but a bunch of selfish, corrupt, clueless empty vessels who have no idea what real leadership and good governance looks like.

His Name is Gold… and He Lent it to Me