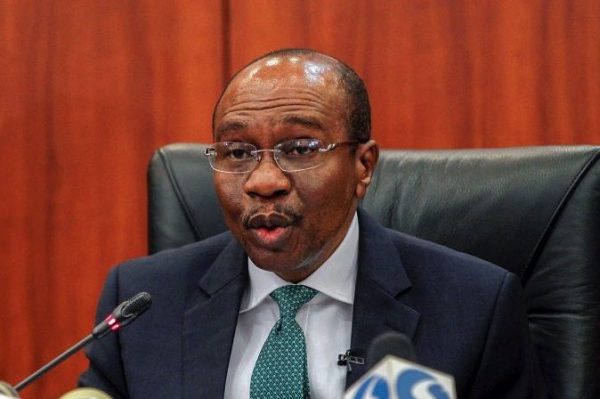 The Central Bank of Nigeria (CBN) Governor, Godwin Emefiele, said the apex bank exercised its regulatory authority over FBN Holdings and First Bank of Nigeria Limited by sacking the entire board of directors so as to save over N4.2 trillion customers’ savings.

Emefiele who addressed a press conference Thursday where he announced the sacking and appointment of new sets of boards for the First Bank entities, said the decision was taken in order to restore stability of leadership on the boards and management, especially First Bank of Nigeria Limited.

He said the previous board of FBN Holdings, parent body of First Bank of Nigeria, had sent negative signal to the market on the stability of its leadership, following the purported sack of the Managing Director, Dr Shola Adeduntan and other directors.

Said the CBN Governor: “First Bank of Nigeria is one of the systemically important banks in the Nigerian banking sector given its historical significance, having been established in 1894 – 127 years ago; its strong Balance Sheet size, large customer base and high level of interconnectedness with other financial service providers in Nigeria, among others.

“By our last assessment, ladies and gentlemen, First Bank of Nigeria had over 31 million customers with deposit base of over N4.2 trillion, shareholders’ funds of N618 billion and NIBSS Instant Payment processing capacity of 22% of the (banking) industry.

“To us at the Central Bank of Nigeria, not only is it imperative to protect the minority shareholders that have no voice to air their views about what happens in this bank, also, is the protection of over 31 million customers of this bank who see First Ban of Nigeria as a safe haven for their hard-earned savings.”

Emefiele gave an insight into the financial situation of Nigeria’s oldest bank, the poor corporate governance process and how the regulator had stepped in to rescue what would have turned out to be Nigeria’s biggest financial catastrophe of all time.

He said: “The bank maintained healthy operations up until 2016 financial year, when the Central Bank of Nigeria’s Target Examination revealed that the bank was in grave financial condition, with its Capital Adequacy Ratio and Non-performing Loans Ratio substantially breaching acceptable standards.

“The problems at the bank were attributed to bad credit decisions, significant and non-performing insider loans and poor corporate governance practices.

“The Central Bank of Nigeria stepped in to stabilise the bank in its quest to maintain financial stability, especially given First Bank of Nigeria systemic importance, as enumerated earlier.”

Some of the actions taken by the CBN to stabilise First Bank, according to Emefiele, included change of management team under the CBN supervision with the appointment of a new Managing Director and Chief Executive in January 2016, in the person of Dr Oduntan, “who was now purportedly removed without approval”.

There were also the CBN forbearance to enable First Bank work out its non-performing loans through provision for write-off of at least N150 billion from its earnings for four consecutive years and granting of concession to insider borrowers to restructure their non-performing credit facilities under very stringent conditions.

“It’s very unfortunate that we are where we are today, having worked so hard to get the bank to its strong status today, now ready to play its role as the leading financial institution, we were jolted by the decision (sacking of Adeduntan by the now sacked board) of yesterday,” CBN governor said.

Consequently, relying on its powers, as conferred on it by the Banks and other Financial Institutions Act (BOFIA) 2020, the CBN wielded the big stick and driving out the former boards of FBN Holdings and First Bank of Nigeria Limited, led by Oba Otudeko and Ibukun Awosika, respectively.