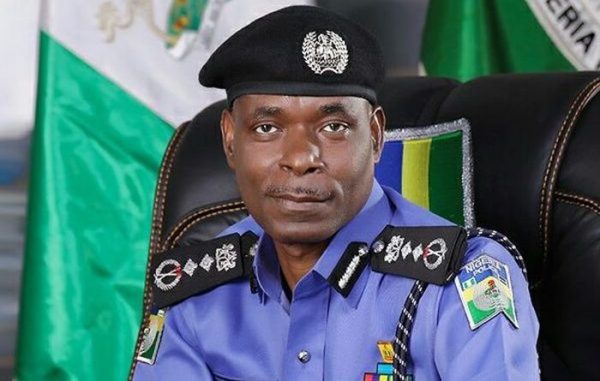 A group of entertainment industry leaders worried by attempt by some policemen said to have been deployed from the Edo State Police Command, to abduct foremost music industry leader, Chief Tony Okoroji, has petitioned the Inspector General of Police, Mohammed Adamu.

The “very angry” group, who described themselves as friends of Okoroji, vehemently protested the aborted attempt by policemen, allegedly from Zone 5 Police Command, Benin City, to surreptitiously abduct the Copyright Society of Nigeria (COSON) chairman, in Lagos, on Monday, December 14, 2020.

In the letter copied to President Muhammadu Buhari; Vice President, Prof Yemi Osinbajo and several ministers, the “Friends of Chief Tony Okoroji” wrote: “The manner of the aborted abduction of this renowned patriot, celebrated former President of PMAN and author, who is the continent’s most profound campaigner for the rights of creative people, is condemnable and needs to be investigated.

“It is our view that it is this kind of abuse by law enforcement agents that led to the #Endsars protest that resulted in huge consequences for the nation.”

The group raised some questions in their petition, which they requested the police authority to investigate. Some of the questions include:

“1. Did the Police in Benin City at any time invite Chief Tony Okoroji to Benin and he failed to honour the invitation, thereby necessitating the Gestapo style abduction in Lagos by five policemen from Benin? We ask because knowing Chief Okoroji, he would never dishonour any invitation by the police.

“2. At a time of significant violent crime in the country, were scarce funds belonging to the police expended in sending five policemen from Benin to Lagos, including hiring of a bus and accommodation for the five officers, just to drag Chief Okoroji to Benin when a telephone call would have sufficed? If not, who funded the failed operation and what is the interest of the person or persons?

“3. Was there any investigation into the jaundiced petition against Chief Okoroji to establish its merit or is it now the practice that once a petition is written against any Nigerian citizen, the police is programmed to arrest him or her? We ask this because we know Chief Okoroji to be a Nigerian of impeccable character, not given to shady dealings.

“4. Is it not clear that if Chief Okoroji had not made contacts on the phone, after six hours of being held at the Police Area ‘F’ Ikeja, he would have been whisked off at unholy hours to Benin-City, just in the clothes he was wearing, without having a bath, with no food, with none of his medications at a time it is public knowledge that he is very sick and without any money whatsoever and anything could have been said to have happened to him on the way?

“5. Who is behind this wicked plan against an illustrious Nigerian citizen; to humiliate him and maybe waste his life away and who gave the orders for the operation?

“6. Was Okoroji accused of murder, armed robbery or treason to justify this barbaric treatment and how many Nigerians who have no right telephone numbers to call are treated this way and maybe die in the process?”

The petitioners asked the IGP to accord their petition the urgent attention it deserved as they did not intend to keep quiet until the perpetrators of the dastardly act are unearthed and made to face the consequences of their indiscretion.

They also stated that Chief Okoroji deserved an apology from the Nigeria Police.

There was a deluge of reports in the social media on December 15, 2020 that Chief Okoroji had been arrested and taken to Benin-City for questioning. Unknown to the publishers of the reports, the attempt to whisk Okoroji to Benin had failed and Okoroji spent the day in Lagos where he presided over the previously scheduled Board Meeting and AGM of COSON, the nation’s biggest copyright collective management organisation.