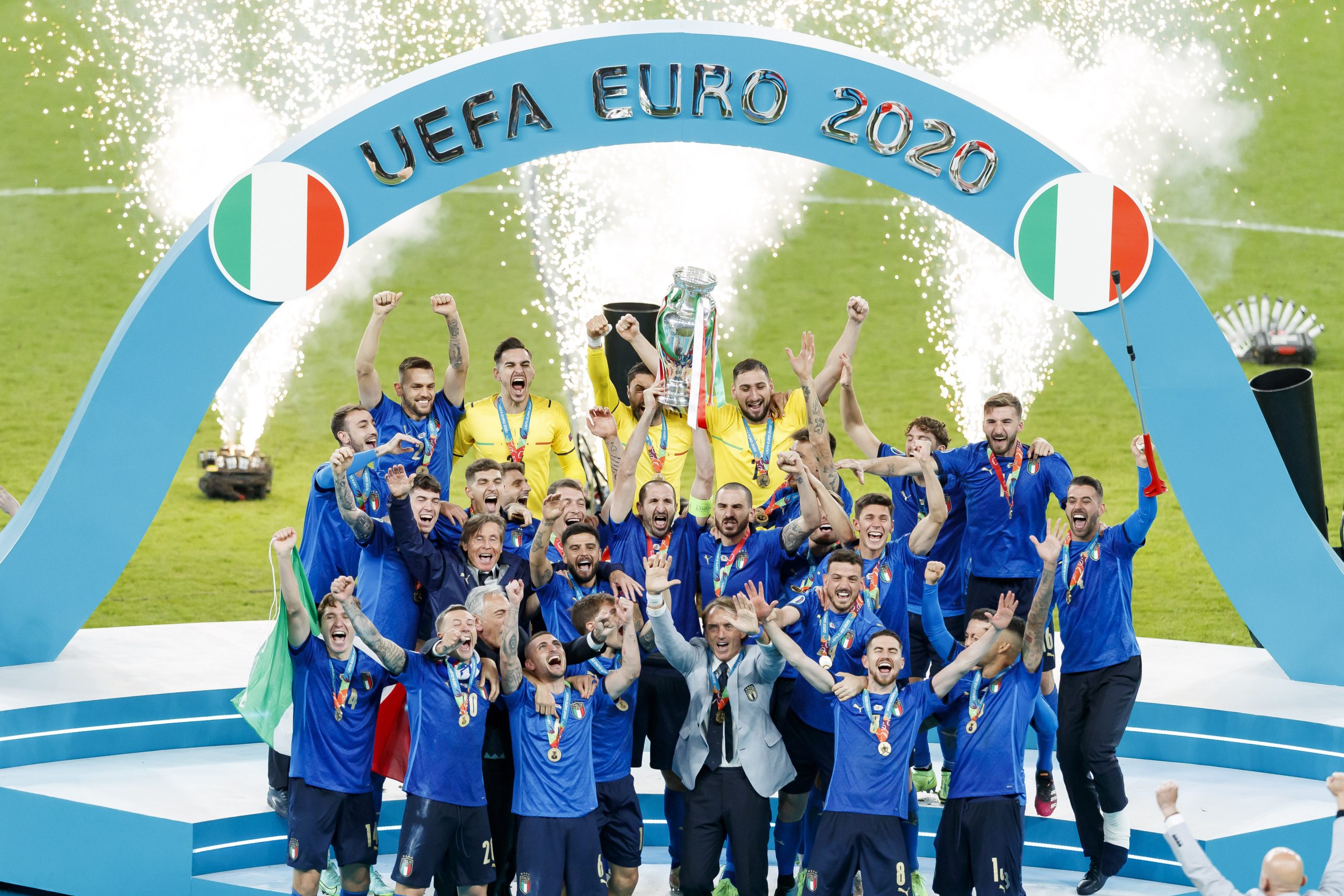 Luke Shaw had given England a dream start, scoring his first goal for his country and the fastest of a Euros final ever, but Italy’s deserved equaliser eventually came from a set-piece, with veteran defender Leonardo Bonucci tapping in after a scramble on 67 minutes and, at 34 years old, becoming the oldest goal scorer in a Euros final.

And after 120 minutes, inclusive of extra time, it came down to penalties.

Rashford rolled a tame shot against the post and Sancho and Saka saw player of the tournament Gianluigi Donnarumma save their efforts in a 3-2 shootout defeat, sparking celebrations from the Italian players and the small but vocal cluster of their fans at the other end of the pitch.