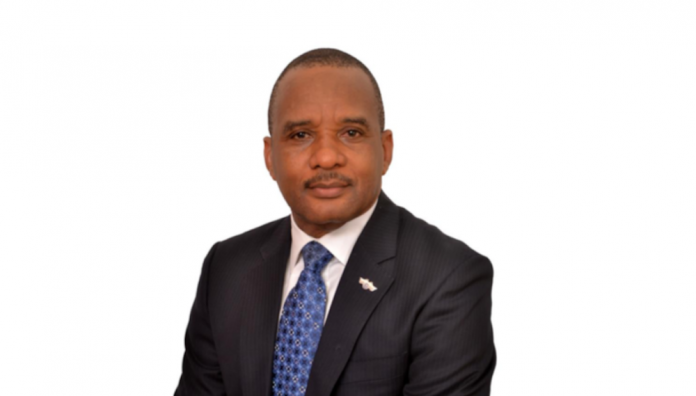 Report out of the Transportation Ministry headed by Mr Rotimi Amaechi, says the President, Muhammadu Buhari, has approved the appointment of Bashir Jamoh as the Director-General of the Nigerian Maritime Administration and Safety Agency (NIMASA).

Jamoh’s appointment effectively shuts the door against Dr Dakuku Peterside, whose fate had hung in the balance over a possible reappointment for second tenure, as NIMASA DG.

RELIABLESOURCENG.COM had reported Tuesday the air of uncertainty over the fate of Peterside at NIMASA and particularly the move by some northern influencers on the corridors of power to scuttle a second tenure for the Rivers man, an ally of Minister Rotimi Amaechi.

Analysts were optimistic that Peterside was going to be reappointed based on the litany of his achievements within his first tenure. However, there were speculations that if, for any reason, he did not get a reappointment, “it would mean that Amaechi, the supervising minister, have lost influence within the Buhari administration.”

According to the RELIABLESOURCENG.COM report, speculations were rife that one of the executive directors of the agency, who happens to come from the North, may have been pencilled down by some Aso Rock power brokers for the job.

“If this turns out to be the case, it is bound to cause political tremor because it would mean that the South-South would no longer head any parastatal of worth, even as Mrs. Winifred Oyo-Ita was only recently retired from her position as Head of Service of the Federation,” our source informed.

The source also made reference to the replacement of Bayelsa born Matthew Seiyefa as head of the Department of State Services (DSS) and the subsequent appointment of Yusuf Magaji Bichi as his replacement had caused agitations, even as the controversial removal of Cross River State born Justice Walter Nkanu Onnoghen from office as Chief Justice of Nigeria, inflicted wounds in the heart of many in the region and the entire Southern Nigeria.

Peterside was said to have been at the centre of some controversies in recent times, even though his replacement could not be attributed to those.

In February, the agency faced probe by the House of Representatives for allegedly failing to audit its account for six years.

Earlier in  December 2019, the Senate reportedly threatened to issue an arrest warrant against the former NIMASA DG over his refusal to honour an invitation of the Joint Committee on Navy, Maritime and Finance, to answer questions about the activities of a private security company and some government security agencies accused of collecting illegal fees for securing vessels at the Safe Anchorage Area.

On Tuesday, Peterside again incurred the wrath of the National Assembly by failing to appear personally in response to summons by the joint committee investigating activities of foreign vessel owners in Nigeria.

Those who went to represent NIMASA were sent out of the chamber.

NIMASA explained later in a statement signed by its Head, Corporate Communications, Isichei Osamgbi, that Peterside had been unable to honour the summons because he was hosting members of the House Committee on Maritime Safety, Education and Administration, who came on an oversight visit to the agency.

The newly appointed DG is currently the Executive Director, Administration and Finance at NIMASA.

Jamoh, who hails from Kaduna, is also the current president of the Chartered Institute of Transport Administration of Nigeria.

The 56-year-old holds a PhD from the University of Port Harcourt, specialising in logistics and transport management.

He served with the Kaduna state government before transferring his services to the then National Maritime Authority in 1994.

Jamoh is also said to have 32 years of professional experience in the transportation and maritime sector.

He is the author of the book, Harnessing Nigeria’s Maritime Assets: Past, Present and Future.

Senate approves $22.7b loan for Buhari