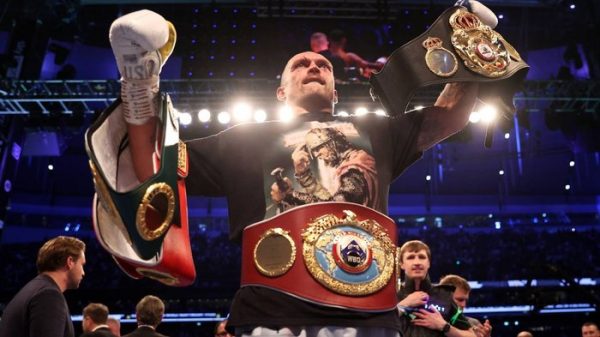 Oleksandr Usyk has been crowned the new unified world heavyweight boxing champion after a unanimous decision win over Anthony Joshua, in London on Saturday.

The 34-year-old Ukrainian boxer has become the third boxer after Evander Holyfield and David Haye to win world titles at cruiserweight and heavyweight.

Joshua earlier said he had no intention of vacating any of his heavyweight belts.

The British boxer put his WBA, WBO and IBF heavyweight belts on the line against the WBO mandatory challenger from Ukraine.

I cooked a Cobra – Anthony Joshua declared after Wembley victory