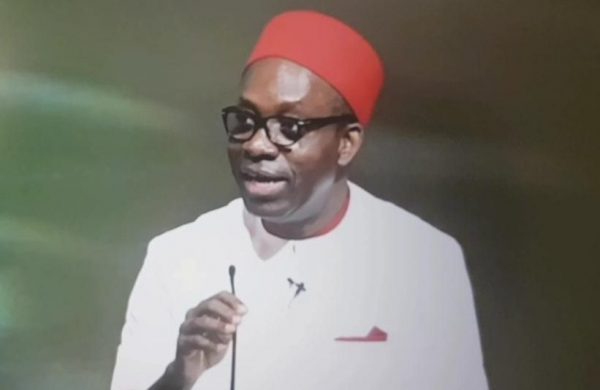 The Independent National Electoral Commission (INEC) has dropped the names of Prof Chukwuma Soludo and Mr. Valentine Ozigbo as candidates of the All Progressives Grand Alliance (APGA) and Peoples Democratic Party (PDP), respectively, for the November 6 governorship election in Anambra state.

In a list published Friday, INEC said it was acting in obedience to orders of the court.

Justifying their exclusion, INEC national commissioner in charge of Publicity and Information, Festus Okoye, said in a statement that the commission met Thursday, and among other things considered the List/personal particulars of candidates nominated by the various political parties for the Anambra State governorship election scheduled to hold on 6th November 2021.

He also said that the Commission considered and took cognizance of the Judgments/Court Orders served on it in relation to the primaries of the political parties and other processes leading to the election.

Thisday reports that an FCT High Court Abuja had issued an order mandating INEC not to publish the name of anyone as the candidate of PDP for November 6 Anambra state governorship election.

This order came as a shock to the camp of Val Ozigbo after it was reported Friday that the restraining order from the state high court in Awka, which had earlier stopped the publication of Ozigbo as the candidate of PDP was not renewed by Justice Obiorah Nwabunike after it elapsed.

Ozigbo also asked the court to grant an order that INEC should publish his name and not that of any other candidate. And that PDP should not tamper with name which was submitted to INEC on June 2nd.

But the court turned against him and rather refused to grant his main reliefs and went ahead to block INEC from publishing the name of any candidate of PDP pending the hearing and determination of the motion.

In the case of Soludo, it may not be unconnected with the controversy trailing his nomination as the flag bearer of the APGA, for the November 6 governorship election, which resulted into a lawsuit filed before the Abuja division of the Federal High Court.

In the originating summons, a chieftain of the party, Okoye Nwabuogo, is seeking an order of court setting aside the election and nomination of Soludo as the party’s candidate for the November election.

The suit dated July 6, 2021, and filed the same day by counsel to the plaintiff, Okoro Nkemakolam, is further seeking an order restraining Soludo from parading himself as the validly or duly elected candidate of the party for the said election.

It is the case of the plaintiff, who is a card-carrying member of the party and a registered voter, that the statutory 21 days notice was not given to INEC by the party, prior to holding of the special ward congress, held on June 15, 2021, for the election of ad hoc delegates for the nomination of the party’s governorship candidate for the Anambra State gubernatorial election scheduled to hold on November 6. 2021.

Listed as defendants in the pre-election suit were All Progressive Grand Alliance Charles Soludo and the Independent National Electoral Commission (INEC).