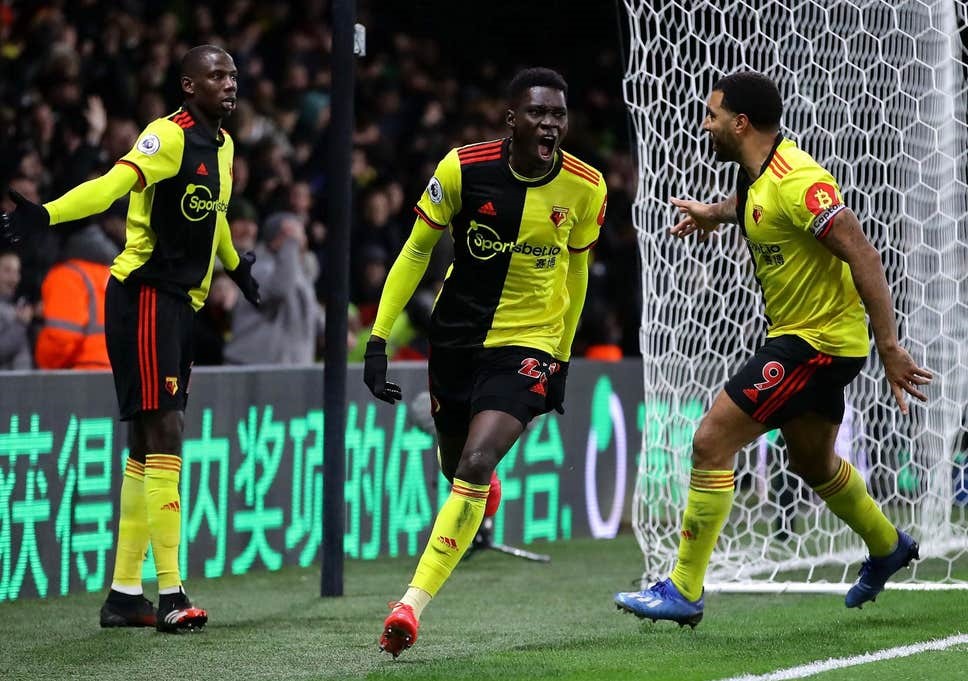 Liverpool’s unbeaten run of success in this season’s Premier League was ended in unfathomable fashion on Saturday as struggling Watford hammered the European champions 3-0 at their ecstatic Vicarage Road stadium.

Ismaila Sarr inspired the extraordinary upset, stunning Liverpool with two goals in six second-half minutes before he set up captain Troy Deeney with a third for the team who had started the day one from bottom, 55 points behind the runaway leaders.

Liverpool’s first league defeat of the season meant the end of their hopes of going the whole league campaign as unbeaten as the new ‘Invincibles’ after 44 league matches without a defeat.

It also came on the evening when they were expected to surpass champions Manchester City by creating a new English top-flight record of 19 successive league victories.

The setback will doubtless not stop Juergen Klopp’s men going on to lift their first English title for 30 years as they still remain 22 points ahead of their nearest pursuers, yet their season’s aura of domestic invincibility has now been demolished.

Liverpool had previously dropped only two points in the league this season — their draw at Manchester United in October — but from the start, Watford attacked them with unexpected vigour.

Watford had looked the more likely to break the deadlock in the first half with Gerard Deulofeu proving Liverpool’s main tormentor before he was taken off by stretcher with a knee injury.

Yet it was only when Sarr struck twice just before the hour mark and then turned provider for Deeney to shoot home a third that the ‘mission impossible’ became a reality.