How Dangote saved Emir Sanusi from being dethroned
Advertisement

'Buhari has failed woefully, Nigeria will never know peace under him' 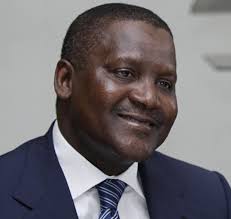 The embattled Emir of Kano, His Royal Highness Muhammadu Sanusi II, would have been dethroned completely, had it not been for Africa’s richest man, Aliko Dangote.

An informed source who pleaded anonymity, according to Trust TV, the television arm of Daily Trust newspaper, Kaduna, revealed that the plot to whittle Emir Sanusi’s influence and still his voice has to do with what the Kano State government, led by Governor Abdullahi Ganduje, perceived as an over-reach.

Sanusi had come under probe by the Kano State anti-corruption agency in 2017, following a petition on transactions which it claimed had emptied the Emirate Council’s account of the sum of N4 billion, left behind by the former emir, the late Alhaji Ado Bayero, who died in 2014.

Shedding more light on the matter at the time, a source disclosed that between N150 million or 200 million was transferred from the account in a single day.

That investigation was eventually halted after the state assembly took over the case from the anti-corruption agency and subsequently suspended it, after interventions by prominent northern leaders, including former heads of state, General Ibrahim Badamasi Babangida and General Abdulsalami Abubakar; and two renowned businessmen, Dangote and the late Isyaka Rabi’u.

But the events of the 2019 governorship election in Kano State and its aftermath appeared to have reopened the Sanusi probe.

A government source, according to Trust TV, disclosed that Emir Sanusi, after sensing trouble at the turn of events between the state government and the palace lately, sent business tycoon, Alhaji Aliko Dangote, to beg the governor to have a change of mind.

“I can confidently tell you that when the probe was renewed and the move for creation of four new emirates in the state started, the emir sent the renowned business mogul, Alhaji Aliko Dangote, to Ganduje to plead with him to stop the two moves.

“However, Ganduje in his response told Dangote to go back and tell the emir that he should choose from three alternatives: To resign on his own or be removed from office or the government will create additional emirates in the state.

“Ganduje assured Dangote that one of the three options must be implemented by government, since the emir will not stop playing partisan politics against him,” the source revealed. (RS/DAILY TRUST)