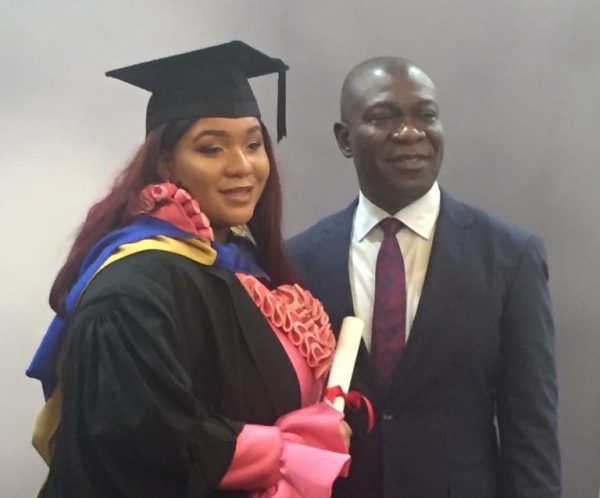 Senator Ekweremadu and his daughter Sonia

A letter made available to RELIABLESOURCENG.COM and currently online may have given insight into the present predicament of former deputy president of Nigeria’s senate, Ike Ekweremadu and his wife, Beatrice.

The Ekweremadus were arrested in the UK on Thursday by the Metropolitan Police and charged with alleged human trafficking and organ harvesting.

The couple who faces 18 years in jail, if found guilty, was arraigned at Uxbridge Magistrate Court, West London, and remanded in custody by the magistrate until July 7.

Senator Ekweremadu, in the letter dated December 28, 2021 and addressed to the Visa Section of the British High Commission, Abuja, sought the support of the commission in a visa application said to have been made by one Ukpo Nwamini David, who is donating a kidney to the Ekweremadus’ daughter, Sonia.

“I am writing in support of the visa application made by Mr Ukpo Nwamini David who is currently having medical investigations for a kidney donation to Ms Sonia Ekweremadu.

“David and Sonia will be at the Royal Free Hospital London, and I will be providing the necessary funding. I have enclosed a statement of my bank account.

“Please do not hesitate to contact me if you require additional information,” Senator Ekweremadu, a Peoples Democratic Party (PDP) stalwart wrote.

It is not yet clear what happened that led to the arrest of the Ekweremadus as there are different versions of the ugly development.

One side of the story had it that the “willing donor” apparently disappeared on getting to London, only to resurface at Immigration to ask for asylum, while alleging that he was trafficked to London for possible organ harvest.

Another version suggested that the donor is a minor, a 15-year-old homeless boy, “who was picked off the street of Lagos”, Nigeria, and brought to London with a promise of “better life”. The passport, however, puts his age as 21.

Below, we reproduce the letter written by Senator Ekweremadu.