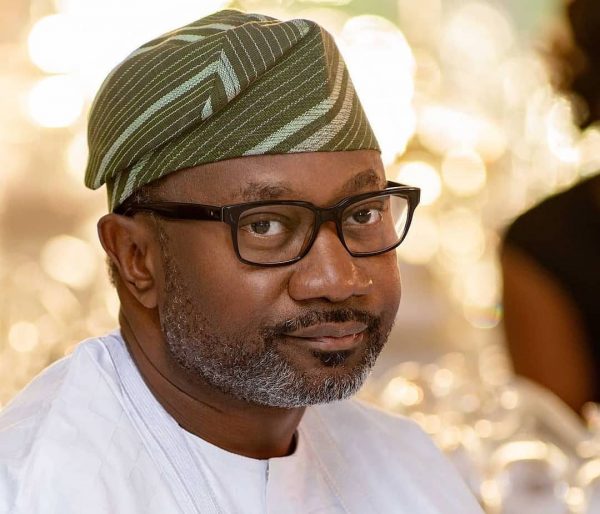 The Economic and Financial Crimes Commission (EFCC) on Wednesday invited former Managing Director of Fidelity Bank Plc, Nnamdi Okonkwo, for questioning, at its headquarters in Abuja.

Okonkwo, according to a source, was called in over $72,870,000 million in the coffers of Fidelity Bank, linked to the former Minister of Petroleum, Mrs. Diezani Allison-Madueke.

He was, however, let off on administrative bail, same day, after being quizzed by the commission’s operatives, according to the EFCC’s Head of Media and Publicity, Wilson Uwujare.

A highly connected source told RELIABLESOURCENG.COM that Okonkwo, as of Thursday morning, “was chairing a board meeting” at an unspecified location, adding that he had spoken with him earlier, thus confirming the fact he was not detained by EFCC.

Okonkwo, who is expected to assume office at FBN Holdings on January 1, 2022, to replace current MD, Mr. U. K. Eke, due for retirement December 31, 2021, has literally become a regular visitor at the EFCC offices, over the same issue of money linked to Diezani.

But another source, conversant with corporate politics in Nigeria, told RELIABLESOURCENG.COM that Okonkwo’s “travails” may not be unconnected with the power play going on in the board room of FBN Holdings, over who controls the stakes in the financial institution.

There is yet an unresolved issue of who owns the highest shares of FBN Holdings, between billionaire businessman Femi Otedola and corporate titan, Tunde Hassan-Odukale.

In sacking Otudeko, the CBN Governor, Godwin Emefiele, said the apex bank took the decision because he failed to subject himself to the authority of the CBN.

Emefiele added that Otudeko and the entire board of FBN Holdings and First Bank of Nigeria Limited were sacked in exercise of CBN’s regulatory authority as stipulated in the Banks and other Financial Institutions Act (BOFIA) 2020.

Nigerians went to the bed on Sunday, October 24, 2021, with the news that the founder and Chairman of Geregu Energy Group, Mr. Femi Otedola, has acquired substantial shareholding in FBN Holdings Plc. 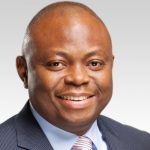 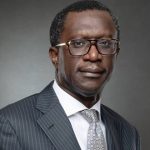 The breaking news naturally toppled the apple cart and reopened (if ever it was healed) old wounds, as it appeared the jostle for supremacy in the organisation was reignited.

The news was given vent by a statement issued on the Nigerian Exchange Limited portal and signed by FBN Holdings’ company secretary, Mr Seyi Kosoko, who said Otedola and his nominee, Calvados Global Services Limited, have acquired 5.07 per cent of FBN.

Three days later, another news emerged from the source, confirming Tunde Hassan-Odukale as the single largest shareholder in FBN Holdings.

According to Kosoko, with 5.36 percent equity holding, Hassan-Odukale became the largest single shareholder, followed by Femi Otedola with a 5.07 percent stake in the Group.

Both Odukale and Otedola were disclosed as the only two substantial shareholders, who have more than 5% equity interest in First Bank Holdings Plc, according to a filing made available to the Nigerian Exchange (NGX).

The latest account in this developing saga is that Otedola has strengthened his hold on the group with additional 2.5 percent shareholding, bringing his total hold to 7.5 percent.

In a letter to the bank, dated December 9, 2021, Otedola wrote: “I have recently acquired additional shares in FBN Holdings Plc (the Company) which has brought my total stake to 7.57 percent of the issued shares capital of the Company.”

This disclosure officially makes him the single largest majority shareholder of the company and appears to be the beginning of Okonkwo’s travail.

Our source informed that the former Fidelity Bank CEO was invited by Hassan-Odukale, “Otedola’s rival” to be the next managing director of FBN Holdings. He is expected to assume office January 1, 2022, as the current MD, Mr. U. K. Eke, is due for retirement effective December 31, 2021.

“I think Otedola is using his muscles to scare him off,” our source said.

“He should remove himself from the First Bank shareholding fight, so that the EFCC will leave him alone,” the source added.

While Okonkwo’s appointment, announced on October 28, 2021, was said to be subject to the approval of the CBN, Otedola on Wednesday, December 15, declared that he had no interest in holding any board position in FBN Holdings, First Bank or any of their subsidiaries.

In a brief chat with the media at the ExecuJet private terminal in Lagos, Otedola was asked about his next steps after becoming the single largest shareholder of FBN Holdings. He smiled and said he did not acquire the bank’s shares because he wanted to become its chairman.

“I am simply an investor who saw an opportunity in the financial institution and decided to take advantage of it through the investment I have made. My interest, contrary to speculations is not to become chairman of the bank or its holding company (Holdco). Moreover, I am in semi-retirement,” he explained.

Our source said whereas Otedola may not want to hold any position in the company, as he had said, but as the emerging single highest shareholder he would naturally want to have his own people or person occupy position(s) of prominence.

“You know Odukale brought him (Okonkwo) to be the managing director of the holding company. The majority shareholding issue hasn’t been fully resolved,” our source concluded.